Andrei Ilyin is a modern Russian writer (the circulation of his books is more than 6,5 million copies), an extreme traveler, survivist, author of the “Big Encyclopedia of Survival”, which was republished more than 20 times.

– The Karakum;
– Kyzylkum;
– plateau Ust-Urt;
– Sands of the Great Badgers and others.

Scientific work and publications on the topic of survival and self-salvation:

The author of books on the theme of survival:

Books on the theme of social survival:

“Practical guide to hunting for people” (20 re-editions)”
«A Practical Guide to Finding Happiness” (more than 10 re-editions).
“Female happiness from” A “to” I “. Guide to action”,
«Bitch from A to Z»,
“The Secret Guide for Women.”
“Survival School How to survive in an economic crisis”.

Andrei Ilyin – author of about two dozen detectives, published in a total circulation of more than 6,5 million copies, takes 1-5 points in the ratings of the authors of the genre of the detective genre in Russia.

Series “Killer from the closet”:

Books outside the series:

Several art exhibitions, residences and plein airs by Russian and European artists were held in the gallery “Art-Inсognito” in Berlin, and in the city of Budapest.

Andrei Ilyin organized and oversaw creative art actions in Europe: two plein airs and an exhibition at the main Berlin station “Hauptbahnhof”, an art presentation at the Parliament Square in Budapest, “Art Duel” by artists from different countries in Berlin, etc.

In Moscow he organized more than ten residences and exhibitions of artists from Moscow, Belarus, Crimea, Ukraine, Ufa, Kazan, Vladivostok, Yekaterinburg and others.

Free consultations and psychological help for people caught in a difficult life situation.

From Wikipedia, the free encyclopedia 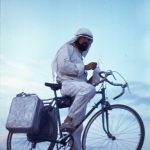 Dear my readers! In connection with the release of new books, we have restored the site. He is in front of you. I hope with your help to develop and improve it. I report that I wrote eight books, seven of which are “The Vow of Silence” series. The first publishers intend to release in the summer. And the rest … will depend on the implementation of the first. But I intend to publish excerpts from new books on the site. Here will appear “stories from Ilyin”, short stories and projects on which I now work. I would appreciate feedback. Come, see, read, ask questions.